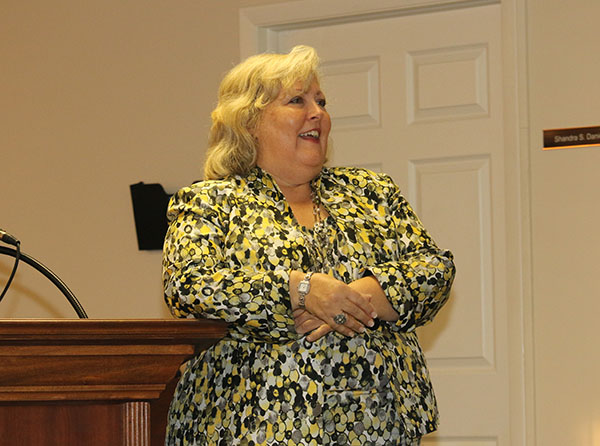 “The Florida League of Cities is the statewide association of municipal governments,” she explained. “A city, a town or a village in Florida is legally a municipality.”

The league, she said, doesn’t take a position on whether an area should incorporate or not, but serves as a guide through the process. The terms “city,” “town” and “village” all mean the same thing legally in Florida, Tipton explained. For an area to become a municipality, it means that the community has gone through the process of incorporating.

The process to incorporate, Tipton explained, outlined in Florida Statues Chapter 165, starts by presenting a feasibility study to the county’s legislative delegation. The local State House member would sponsor the special act, and the feasibility study will be examined by committees. The State Senate then follows.

The first thing looked at is the tax base, and whether the municipality could support itself by either taxes or fees. The second item is intergovernmental issues. The school district, county government and all special districts must be consulted for the impacts of what would happen if the community became a municipality.

If the county’s legislative delegation OKs the study, the item is placed on the special act calendar for the legislature. If both chambers approve, it would go to the governor, who would sign off and agree not that the community can become a municipality but that the feasibility study is approved and the idea is viable.

From there, the special act would set a referendum date, and the community members would vote on whether the community should be incorporated into a municipality. Only those registered to vote in the community are able to vote.

“It’s a pretty simple question, but it carries a big weight. You’re actually acting to create a new local government in the State of Florida,” Tipton said.

A simple majority, 50 percent plus one, passes the proposition. Then, there is an effective date for the municipality. The date chosen is typically Dec. 31, to keep property values in the same calendar year.

If it does not pass, the community can try again in three years.

“All of it is bringing all of you to together to talk about what do you want, and who do you want doing it,” Tipton said.

In general, communities want to become municipalities to have more local control.

“More than anything, it has been to have the comp plan and land use decisions made much more locally than being made by a county,” Tipton said. “It’s having those decisions locally made.”

The second reason, she said, is service delivery. Services could be more parks and recreation, utilities or anything else that provides a service to the community.

Costs cannot be determined ahead of time, Tipton said, until a community determines its structure. For example, Loxahatchee Groves does things through contracts, whereas Wellington does things internally.

Until the first council is elected and starts taking action, the drafted plan is not set in stone.

There are benefits and disadvantages to becoming a municipality, Tipton explained. Certain tax money is divided between counties and cities. If a community incorporates, it receives part of that money. The median municipal population in Florida is 5,711 people. With about 40,000 people, The Acreage is larger, so it would receive more population-based funding.

Municipalities also have more say with the Metropolitan Planning Organization. Grant money is often available to municipalities, not independent districts. Additionally, municipalities have the option to create their own zoning and land use rules, among others.

Tipton’s presentation is available on the Acreage Landowners’ Association web site at www.acreagelandowners.com. For more information, contact Tipton at (407) 367-4025 or ltipton@flcities.com.

ABOVE: Lynn Tipton of the Florida League of Cities at Tuesday’s meeting hosted by the Acreage Landowners’ Association.