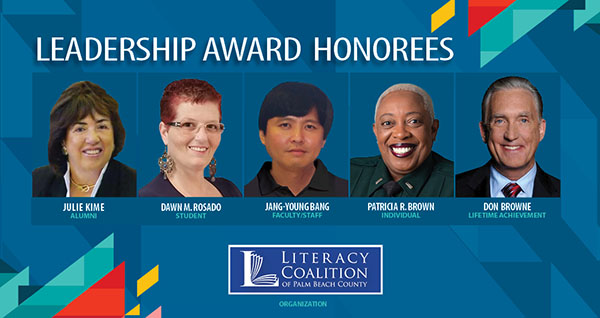 The event will be held at 11 a.m. on Thursday, Jan. 13 at the Duncan Theatre and livestreamed for the public. Themed “Resilience and Empowerment: Moving Forward Together,” the celebration is free and open to the public, but attendees are asked to RSVP at www.palmbeachstate.edu/mlk. The link to the livestream will be accessible on the web site.

Penn was appointed acting secretary of the Navy in March 2009 after serving for four years as assistant secretary of the Navy (Installations and Environment). Penn’s service to the Navy spans more than four decades. Upon receiving his bachelor’s degree from Purdue University, Penn entered the Aviation Officer Candidate Program, was commissioned an Ensign in the USNR in 1961 and designated a naval aviator in 1962. Throughout his career, he amassed over 6,800 flight hours and was the EA-6B Pilot of the Year in 1972.

As part of the celebration, PBSC will recognize the 2022 Martin Luther King Jr. Leadership Award recipients in six categories, including a new one for lifetime achievement. The honorees were chosen for their work that embodies King’s spirit and helps to improve the lives of others in the community. They are:

Julie Kime (Alumni), a PBSC graduate and former businesswoman, whose community spirit and experiences have been inspiring the Palm Beach County community for over 30 years. She established the Julie Kime Hispanic Women Scholarship at PBSC, was nominated to the prestigious Jeremiah Milbank Society, an elite group dedicated to serving the local Boys and Girls Clubs, and she is a founder of the Palms West Chamber of Commerce, now the Central Palm Beach County Chamber.

Dawn Rosado (Student), a PBSC associate in arts degree student, who has been serving for five years with the United Way of Palm Beach County’s Volunteer Income Tax Assistance Program.

Jang-Young Bang, Ph.D. (Faculty/Staff), a PBSC physics professor, who has turned his passion for his field into opportunities to do outreach on campus and in the community to provide support for students interested in STEM.

Patricia Brown (Individual), a community servant who worked at the Palm Beach County Sheriff’s Office in various capacities for over 31 years before retiring last year as a lieutenant and executive officer of the West Detention Center. She has been a mentor for Take Stock in Children since 2012 and works with other organizations that focus on youth support.

Literacy Coalition of Palm Beach County (Organization), a nonprofit group that since 1989 has been helping local individuals receive the help they need to improve their literacy skills.

Don Browne (Lifetime Achievement), former president of Telemundo Communications Group and former president and general manager of WTVJ, NBCUniversal’s owned-and-operated station in Miami, who maintains a national reputation for his recruitment and development of women and minorities. He is co-founder and board member of Women of Tomorrow Mentor and Scholarship Program for at risk high school girls, and among his numerous recognitions, he was a recipient of the 2006 Florida Governor’s Points of Light Award for exemplary service to his community and the 2004 prestigious Ida B. Wells Award for his commitment to promoting diversity in the workplace.