Editor’s note: The following letter is in response to Frank Morelli’s letter “Political Party By Any Other Names Spells Power,” published last week.

That political parties are power, as Mr. Morelli states in his recent letter, is true. That truth is that due to our ever-growing government, we have allowed a system that increases the power of its participants; the elected officials, lobbyists, government staff, public unions and government contractors. They are all jockeying for the spoils of the tax dollars that are the result of this hierarchy of deceit.

Political parties have their place, but I am one who thinks that place is not at the county commission level. The bi-partisan debate that takes place in congress and the state legislatures leads to open discussion of all sides of an argument and the opportunities for consensus that theoretically lead to the good decisions. It works when there are committees and caucuses, and where there is a separation of the powers of the government processes.

This is not the case of county, or for that matter, municipal governments. In the State of Florida, a closed primary state, the partisan commission race creates disenfranchisement of the many voters who are not registered for a party or are registered in a party that does not field a candidate in the election. A closed primary gives power to special interest groups such as lobbyists, unions and interested millionaires who have an organization to get out their voters.

Judge Morelli put forward his opinion of the outcome of our District 6 commission race, but it is just his opinion, because it is short on facts and long on superficial perspectives of the current candidates. I suggest a look at the hard facts. This can be done very easily by checking the Palm Beach County Supervisor of Elections web site for the campaign reports of each candidate. If you do so, this is what you will find:

This is what I take away from these facts: Mr. Pinto will represent Commissioner Santamaria should he prevail, Mayor Foster will represent the citizens of the district and Ms. McKinley will speak for Tallahassee and the union interests — but you be the judge. 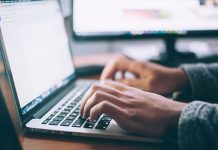 Wellington Chamber Supports Community In This Time Of Crisis